Before & After: Garage Organization 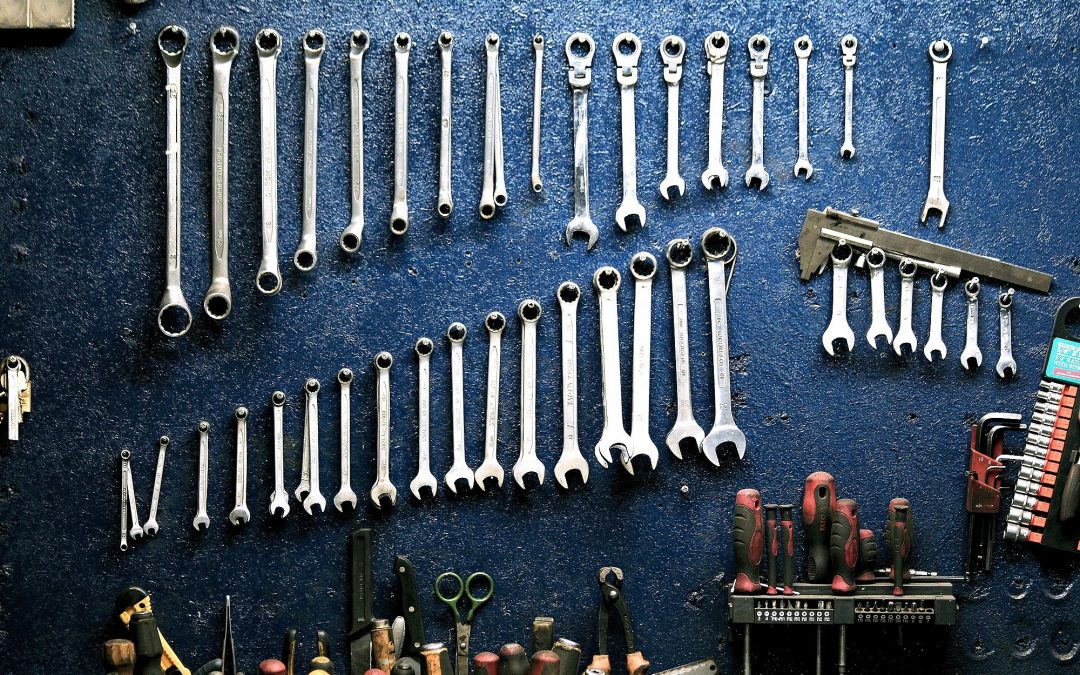 If you’re considering cleaning out and organizing your garage, it’s best to tackle it before it gets too hot this summer.

Recently, we finished organizing a two-car garage. With this garage, the previous homeowners had installed several built-in components that made it impossible for vehicles to fit. Instead, the garage functioned as a workshop.

Let’s look at this project through the lens of the EMEND method, but also by way of the before and after pictures.

The homeowners wanted to use their garage as a place to house their vehicles, along with the items their children used regularly, such as bicycles and scooters. They also wanted to minimize the risk of a fire by removing lawn mower gas tanks, and any paint and aerosol cans.

To achieve these goals, we knew another storage option would have to be considered, such as a shed. The homeowners had already planned on getting a shed, so that was part of this project.

Determining if you need a shed is going to be an entirely separate blog post (stay tuned!) but know that it depends on your goal. If these homeowners wanted to keep their garage functioning as a workshop and not house their vehicles, this project would have looked much different.

The built-ins — including cubbies and countertops — were removed and walls had to be repaired and painted.

Once we knew a shed was a storage option, we had to decide what would stay in the garage. We pulled out items that would be stored in the shed and then started looking at what was left for the garage.

The lawnmower and the barbecue pit were going to be stored in the shed and the workbench was sold. Then, we put items into different categories such as kids’ toys, chairs for athletic events, and fishing supplies.

Edit: What are we Going to Keep?

For this garage, there was a lot to get rid of and donate to Habitat for Humanity ReStore. The main thing we got rid of were the built-in items and anything that would make it impossible to store the vehicles inside the garage.

Once the built-ins were removed, we installed a pegboard. You have to be careful when you add things to a garage wall as you don’t want it to interfere with opening car doors. We used pegboards to organize tools, but also to hang scooters and other narrow recreational equipment.

We created zones within the garage by putting like items together. We also put these zones in places that made sense, such as putting the kids’ bikes and helmets right beside the door so they can put them away and go inside. When similar items are placed together, everything you need is in a single space.

Chairs for athletic events are beside the large garage door for easy access to vehicle trunks on a Saturday morning, and even the section of tools is organized with the most-frequently used hardware in accessible spaces.

The rolling cart with drawers stacked with the mini fridge serves as a divider to separate the tool section from the kids’ section. We were also able to maximize the vertical space by putting magnets on the fridge to hold helmets on one side and canisters on the other.

On the other side of the bikes is a utility section where the washing machine is, along with a sink and the hot water heater. You can manipulate a lot of areas inside a space, but you have to work around things such as a washing machine hookup.

Develop: How Will This Space be Maintained?

The garage is one of the hardest places to maintain. It’s 400-square feet of space, you move into a home, and it’s a good place to put boxes until you unpack them, and it just becomes storage. Often, junk is stored in the garage while expensive vehicles sit outside affected by weather and the elements.

But we were intentional with this space to make it easier to maintain. For example, having easy access to things kids frequently use — such as bikes — increases the likelihood that they’ll be put away, too.

Bicycles are one of the most-difficult items to store. While you can hang them on the walls and from the ceiling, a child won’t be able to get it down or put it away. So, while storing them in the back of the garage isn’t a Pinterest-worthy solution, it is the logical choice for this family. We did hang the adult bikes on the wall, since they are used less-frequently, and an adult can lift a bike to put it away. 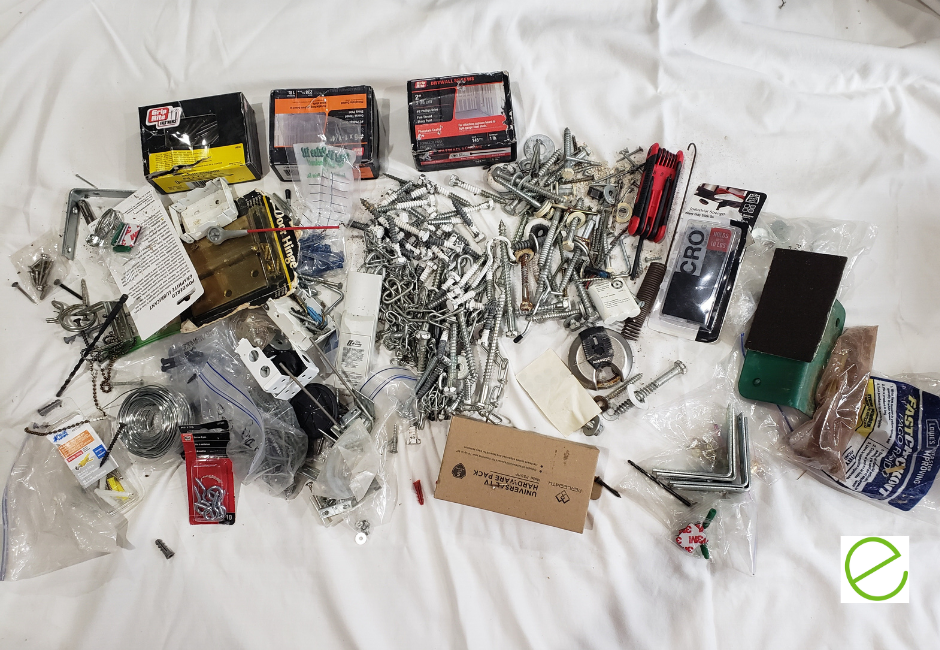 Screws and small hardware before organizing.

How organized you want to get is up to you; it depends on what works best for how you use your space. For some, having a box labeled “screws” is as organized as it needs to be. These homeowners use tools and hardware frequently, so they wanted to sort screws, nails and other small supplies to continue to keep things in specific spaces.

If you have specific questions about this, I’d love to address them. Please leave a comment or send me an email at: alyssa@myemend.com.